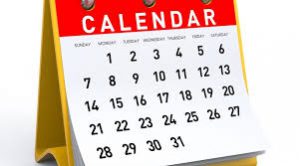 These are the provisional calendar dates for the World, E&A and European Pro Tour events for 2022.
The British Calendar will be developed early in 2022. 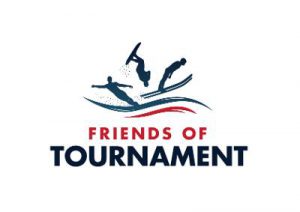 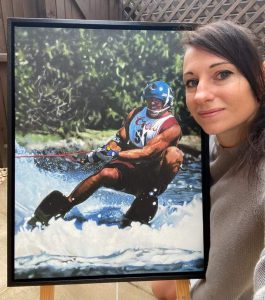 This Item will be auctioned at The Friends of Tournament 70th Anniversary Ball this Saturday 20th November. Send your maximum bid to our auctioneer by message or email to Dusko Lukic (dushylukic@hotmail.com) by midday on Saturday and he will include you in the bidding. Good Luck

Mike Hazelwood competed as a member of the British Team in eight consecutive World Championships, the longest competitive record at that level of anyone who has ever won a World Overall Championship. During that period, from 1973 to 1987, Mike won three gold medals, including the one in 1977 for overall, five silver medals, and two bronze medals. As one of the most successful competitors of his era, he was appointed a Member of the Most Excellent Order of the British Empire (MBE).
Jumping was always Mike’s strongest event, which he demonstrated by setting three world records between 1980 and 1986 and was the first competitor to jump 60 metres. Mike was a dominant skier in Europe for over a decade, winning the European Overall Championship eight times between 1976 and 1986.
Mike became a well-known household name in the early 80’s, due to his appearances on the popular BBC sports show ‘Superstars’. Mike demonstrated his incredible, all-round athletic ability, winning medals in a variety of athletic events.
The Artist:
Shortly after painting her husband Chris’s favourite player Rúben Neves in February 2018, her world changed forever! After an initial collection of 13 paintings raised in excess of £12,000 for Cure Leukaemia, Louise received the call from Wolverhampton Wanderers and offered the opportunity to provide their match day programme cover artwork.
After two award-winning seasons, as well as commissions from Premier League footballers, Louise continues to capture Wolves, football and sporting moments on canvas and via fine art prints through the ‘Sports Personalities’ brand.

In their pursuit to raise money for the development of young talent and support of elite skiers, Friends of Tournament approached Louise with a photo of Sammy Duvall in 2019. The sale of the original raised £1500 at the 2019 Tournament Ball. This year’s painting has been created from a photo taken by Tom King at the 1984 Coors Light Pro Tour, California, USA.

The September draw of The 200 Club Lottery has taken place at the World Open Championships in Florida. Mark Beard as Master of Ceremonies assisted by Jose Antonio Perez Preigo, President of the IWWF and Gill Hill, retiring Secretary General of the IWWF. The first prize of £510.25 goes to number 200 Suzie Yorke-Davies. Second Prize of £382.69 goes to number 91, Damien Ackerer. Third Prize of £255.13 to number 93, Peter James and last but not least, the fourth Prize of £127.56 to number 62, Dave and Shelley Nutt.
Congratulations to our winners and a grateful thanks to our 157 ticket holders. This is the largest number of tickets in the draw since FoT started The 200 Club Lottery 4 years ago. With your help we can get to 200 tickets in the draw so please encourage your friends and ski clubs to join us.

You can view the prize draw video on the following link: 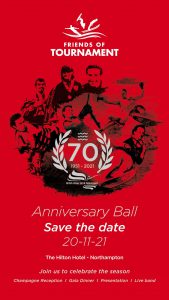 Please join us for what will be a great evening of good food, good music and good company.

The August Draw of The 200 Club took place during the E&A 35+ Championships held at the KLI Watersi Club in Ravenna, Italy last week. The video is in two parts…..sorry.
There were 147 “Balls in the Bag”, an increase of 12 compared to the July draw. A big thank you to the new participants.
The great news is that there will be at least 156 tickets for the September draw. We can get this to 200 so please ask your friends to support us.
In August there were a number of Development Days held and an U14 Training and Assessment camp at PWTC.
Our skiers representing GB at the European and World Youth and U21 Championships in the last few weeks have received £13,356
in support grants to help towards the costs of their participation.
The latest Grants of £900 went to the following skiers who went to Florida for the U17/U21 Worlds.
Matilda Turp
Molly Lee
Lilli Deste
Danielle Halford
Ben Turp
Charlie Emmett
Katie Nutt
Georgia Fearn
The winners of the August draw were:
1st Val Parkin £477.75 no. 20
2nd Mark Beard £358.31 no. 4
3rd Sean Rose £238.88 no. 71
4th Simon Poole £119.44 no 30
Congratulations to them and thanks to all who take part.

The July prize draw took place during the Combined British National Waterski Championships held at Oxford Wake & Ski Club last week.
FoT has now raised over £170k before lottery prizes and this means we have raised over £120k to support our Elite skiers and Development activities.
So far 88 ticket holders have shared 186 prizes.
in the July draw we had 135 balls in the bag but thanks to some new signups to the lottery we will have at least 140 for the August draw.

The winners of the July draw prizes were:

Congratulations to the winners and grateful thanks to all who support FoT
Here is a link to a signup form if you would like to join us:

Here is the link to the prize draw video:

Bulletin 2 for the 35+ Championships in Italy has been published.

All is set for the National Championships at Oxford Ski and Wake Club, starting next Thursday 12th August.
Steve Glanfield and his team have been working hard to make sure that this will be a great event.
Even if you are not skiing please come and visit. Apart from the on water action there will be a small trade village and entertainment on the Saturday night.
Entries are closed and we have 118 slalom entries, 59 in Tricks and 42 in Jump.

The Event Programme, Schedule and Bulletin 2 and available on the links below. 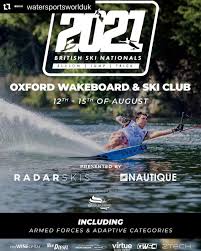 There are some places remaining for the FoT Development Days at White Rose, Lound and Three Sisters. All you need to know on the poster below. 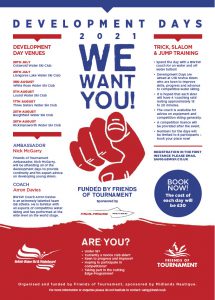